What is an Airsoft MOSFET? What Should You Know About Them in 2020 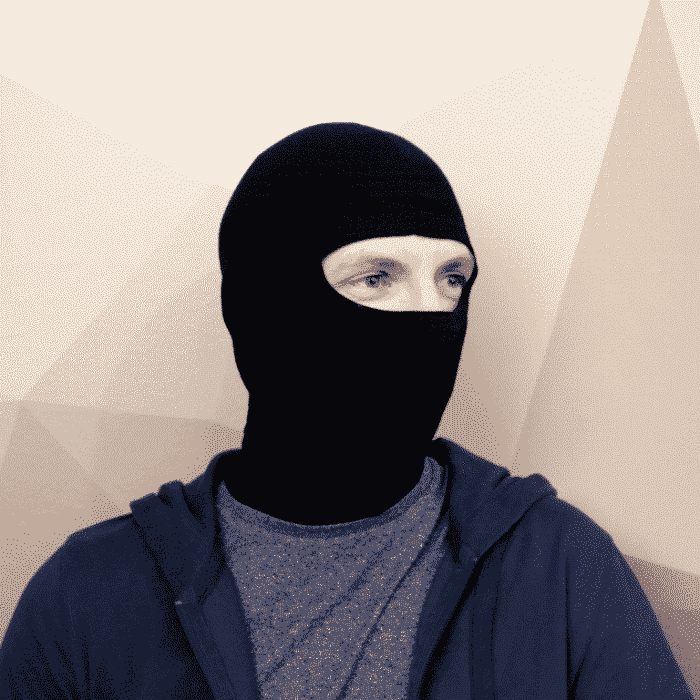 In this day and age, dedicated airsoft MOSFETs are becoming more and more popular. Top airsoft gun manufacturers like G&G, Specna Arms, ICS, and even the lower-tier manufacturers like CYMA are now shipping their AEGs with a built-in factory MOSFET.

The majority of AEGs available still are not equipped with one, especially the cheaper models, but this is changing rapidly. Due to many new partnerships between the MOSFET producers and airsoft gun manufacturers, you can now get a factory-fitted MOSFET unit on your AEG from well-known companies.

But still, there are many threads on sites such as Reddit or Quora where you can find people asking “What is an Airsoft MOSFET?” or even “What is a MOSFET, tell me like I’m five”. You can find answers there, but you will have to go to multiple sources to find the answers.

That’s why I decided to write this comprehensive article, where you can find answers to the questions of what is it, how does it work, and what kind of impact it has on an airsoft gun.

What is a MOSFET?

MOSFET stands for Metal Oxide Semiconductor Field Effect Transistor. It is a type of transistor which is an electronic switch, where the voltage is used to switch a high current load. It is used for switching or amplifying signals in many electronic devices. Its size depends mainly on the power rating and production technology. In our case, we are speaking of the newest MOSFETs that can be 8mm x 8mm x 2mm, of course, that’s the size of only one component and for the complete module we need to add some other parts.

To put it simply, one can use, a small button to power on or off an electronic device, even a high powered one.

This makes them perfect for an airsoft gun. 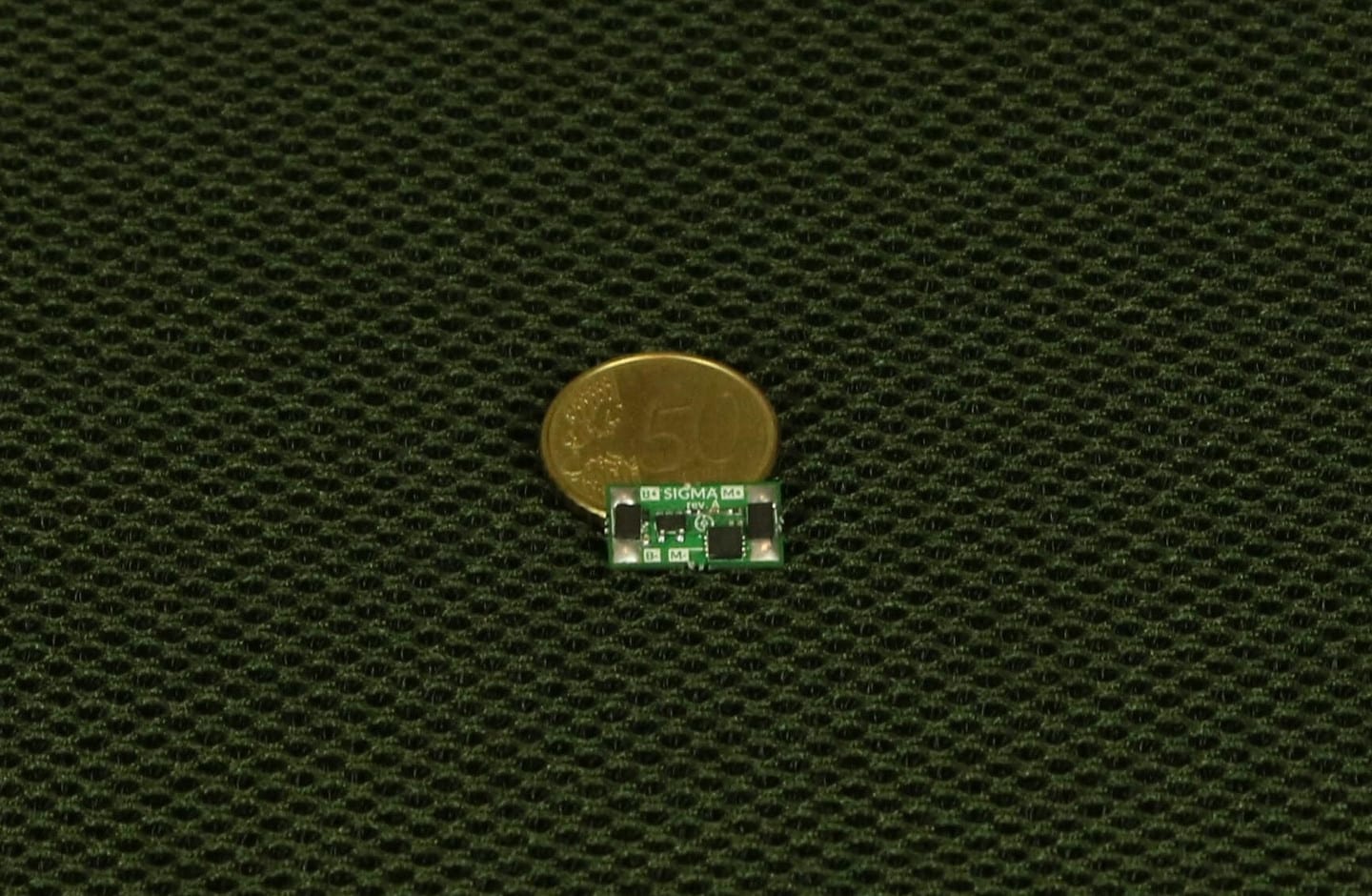 The first and foremost reason why players and manufacturers install an airsoft MOSFET is that they want to prevent the wearing of the trigger contact. Standard AEG’s (that don’t have a MOSFET) use the trigger’s contacts as a high current switch. The current flows from the battery through the trigger’s contacts to the airsoft gun’s motor.

The more trigger contacts get worn the worse your airsoft gun performs. You may begin to notice that your shots are slower, the trigger reaction and reliability is worse. If you are a serious airsoft player you probably care about your gun and want it to perform at its best.

When people were mostly using NiMh batteries the risk of the trigger contacts wearing was almost little to none. This is because NiMh batteries did not provide as much current as modern Li-Po batteries do.

But times have changed.

Some cheaper airsoft guns still come with stock NiMh batteries but more and more are being shipped without a bundled battery. Airsoft manufacturers recommend buying a 7.4V LiPo battery or even an 11.1V one (those that are marked 11.1V LiPo ready) for the best airsoft experience in the field. Most airsoft guns for which an 11.1V battery is recommended already have a stock airsoft MOSFET installed.

As it was said in Spiderman: “With greater power comes greater responsibility” – and it is definitely true in this case.

If you don’t secure your airsoft gun with a MOSFET while using a more powerful battery, sooner or later you will have to repair it. This means increased costs, frustration and a loss of precious time.

Is it Only About Reliability? Or Are There More Advantages to Using an Airsoft MOSFET?

Reliability and no wearing of the trigger contacts are only just the beginning of the advantages of using a MOSFET. On the market there are mainly two types of airsoft MOSFETs – simply named: “dumb MOSFETs” and “smart MOSFETs”.

A dumb airsoft MOSFET is just a basic unit that is only designed to improve the security and performance of an airsoft gun.

A smart airsoft MOSFET is a unit which is able to provide you with more advanced features that can give you superiority on the battlefield, like a faster trigger reaction, or a better rate of fire or even a programmable burst mode.

We have described these advantages further in the next article about the benefits of an airsoft MOSFET, which you can find here.

Can an Airsoft MOSFET be Installed in All Types of Airsoft Guns?

Well yes, but not always.

What I mean is that most MOSFETs are too big to fit into every kind of an airsoft gun. In general, they are small, but it’s hard to fit an airsoft MOSFET designed for a rifle into a pistol.

There are no available smart MOSFETs that are specifically designed for AEPs – Airsoft Electric Pistols. Our company wants to change it, to allow users to modify their airsoft pistols and extend their capabilities.

We are set to soon launch a new MOSFET called SIGMA AEP MOSFET – designed for airsoft pistols. You can read more about it here. 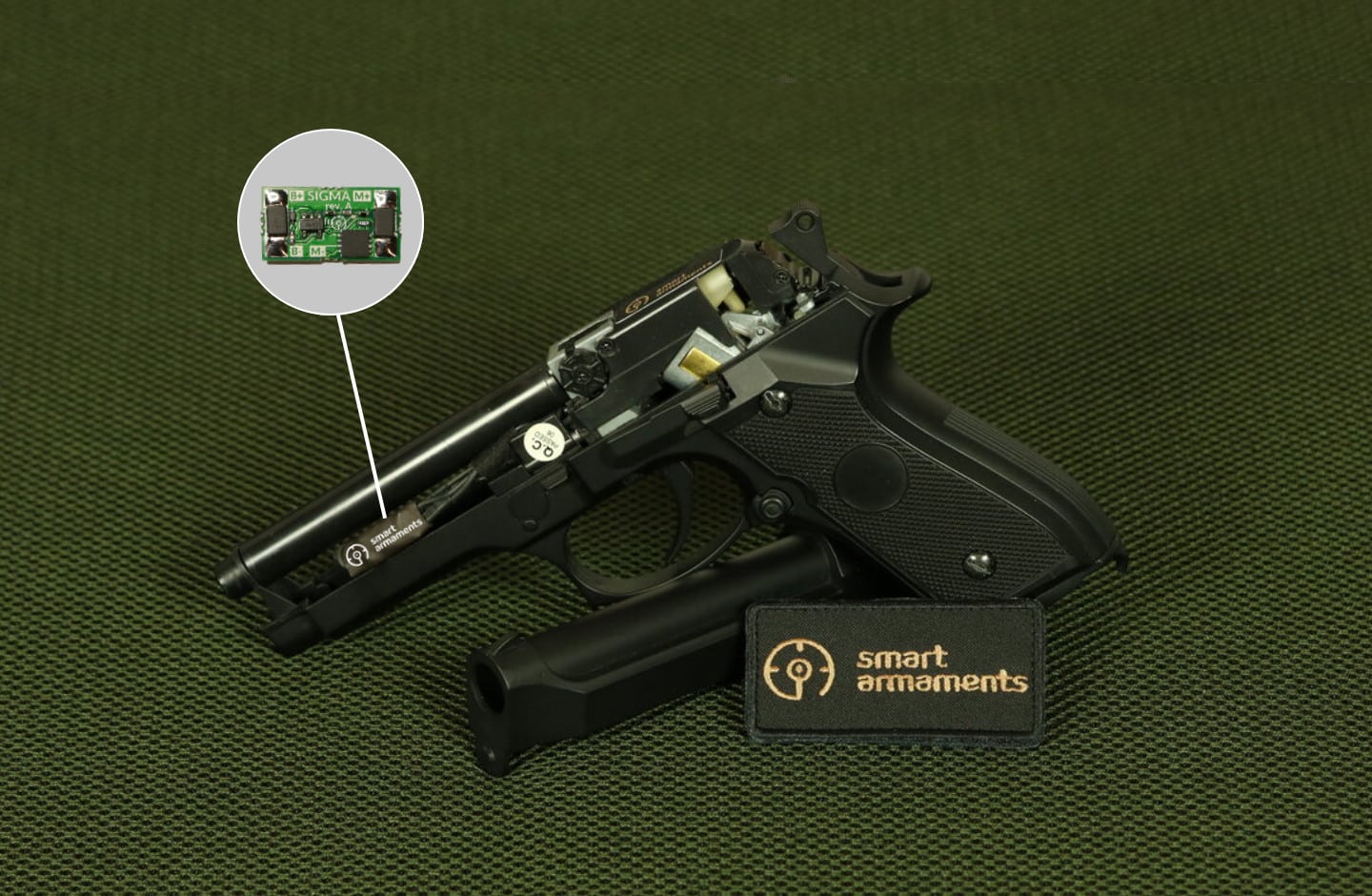 Airsoft MOSFETs are small electronic chips that were intended to prevent your gun from breaking down due to the wearing of the trigger contacts while using a powerful battery. Some of the MOSFETs are also able to expand their functionalities and give you some fancy, but useful functions.

Airsoft MOSFETs can be installed in almost any airsoft gun out there, but it’s harder to find one designed for airsoft pistols, that is until now with our Smart Armaments SIGMA AEP MOSFET.